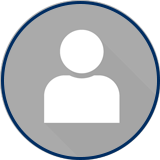 Dr. Andreas Sousanis is a lecturer at CIIM and holds a BSc and an MSc in Materials Science from the University of Patras (Greece), an MSc in Education, Leadership, and Management from the CIIM (Cyprus), and a Doctor of Philosophy in Experimental Physics from the Ghent University (Belgium). He worked as a research assistant at the Laboratory of High-Tech Materials at the School of Engineering at the University of Patras (Sept 2015 – Dec 2015); as a doctoral researcher (Jan 2016 – Dec 2019) and lab instructor (2016) at Ghent University; as a specialist scientist at the Cyprus Institute (Jul 2020-Sept 2021); and as a special scientist at the University of Cyprus (Sept 2021 – June 2022). He had co-supervised BSc thesis projects at the University of Patras (2014-2015) and supervised MSc thesis projects and an internship project at the Cyprus Institute (2020-201). He participated as the principal investigator/author in two research projects co-funded by the EU and Cyprus titled AMASE (HYDRO, RIF) and TROPHY (EXCELLENCE, RIF), as a hired researcher a research project co-funded by the EU and Cyprus titled Nano2Lab (INFRASTRUCTURE, RIF) and in a research project funded by HORIZON 2020 titled ICARUS.