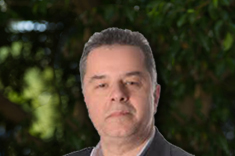 Dr Christodoulou has been teaching in Higher Education since 2000. He taught the Philosophy of Education and Sociology of Education courses at the Higher School of Pedagogy and Technical Education (ASPAETE Thessaloniki) from 2000 to 2002. He taught at the Hellenic Open University (EAP) from 2000 until 2014. From 2000 to 2003 he was Assistant Coordinator. He also taught at the University of Cyprus (2002 – 2017), the European University of Cyprus (2004) and the New York College (2001 – 2002).

He was exceptionally employed in an honorary capacity by the Hellenic Open University in the post of Instructor – Counselor, before receiving the doctorate. As stated in the constitution of the H.O.U. “in exceptional cases, the H.O.U. may employ holders of post-graduate qualifications who have significant experience in the said area of specialization.” (Bill No. 2552/1997 article 4, paragraph 10)

He is the Chairman of the Biomedical and Clinical Research Bioethics Committee (2010 – 2013 and 2015 – 2018), which is part of the National Bioethics Committee of Cyprus. He is also member of the Advisory Committee of the International Journal of Communication Research, published by the Romanian Academy of Sciences. He is member of the Advisory Board of “ΦΙΛΟΣΟΦΕΙΝ” journal, which is being published by the Philosophical Research Laboratory on the Imaginary (Aristotle University of Thessaloniki). Ηe is the Academic Secretary of the Philosophical Society of Cyprus.

He is a regular collaborator of “NeuroHeadway” (Neuroscience into Education) in creating educational programs for English speaking schools internationally.